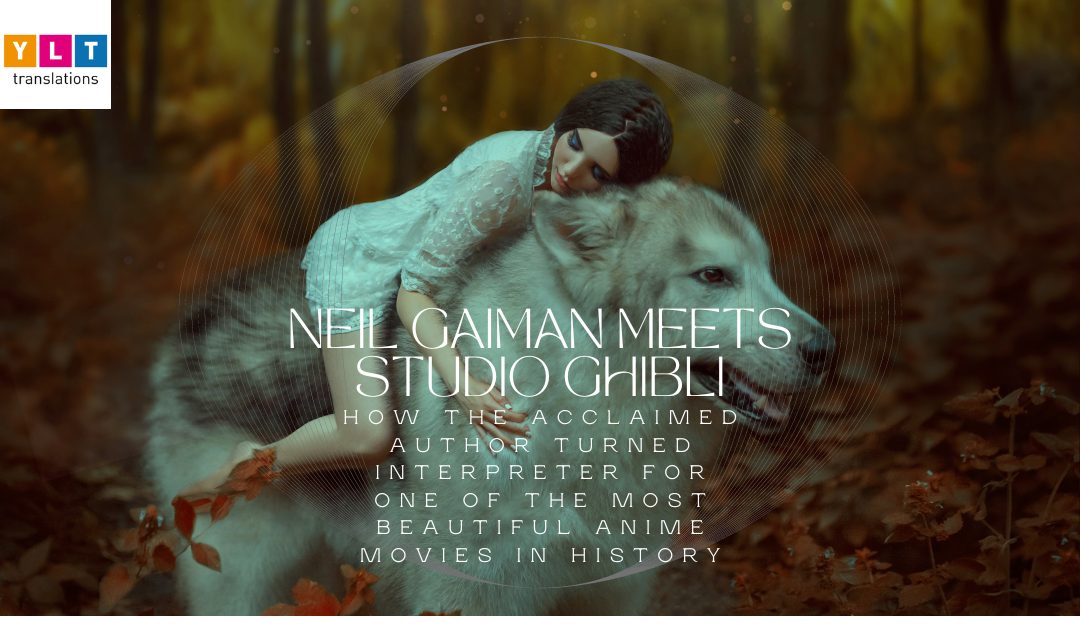 We don’t know which is more integral to today’s culture – the ethereal anime of Studio Ghibli, which has had a profound effect on Western animation, or the prose of Neil Gaiman, author extraordinaire of lauded bestsellers like American Gods, Good Omens, and the Sandman. When you combine Neil Gaiman and Studio Ghibli, you get an explosion of wonder, a true masterpiece that stands out among its other animated counterparts.

In this case, it’s Princess Mononoke. Released in 1997, the PG-13 Western-dubbed version received a whopping 93% score on Rotten Tomatoes. It’s the 9th best anime film of all time on Rotten Tomatoes – check out the helpful compilation that Screen Rant made for you (a list, incidentally, that’s dominated by Ghibli films). The Western version is star-studded – Billy Crudup, Gillian Anderson, Minnie Driver, Clare Danes, Billy Bob Thornton, and Jada Pinkett-Smith all lend their voices to well-rounded and unique characters. In fact, Robert Ebert placed the movie 6th on his Top 10 movies of 1999. To quote Melanie McFarland of the Seattle Times, “Beautifully constructed and painstakingly written, this is about as close to a perfect animated epic as you’re likely to get.”

On the topic of how the anime is written. The film’s producer, Harvey Weinstein, tapped as-yet-unknown (but still acclaimed) author, Neil Gaiman, to transfer the original Japanese script written by Hayao Miyazaki into a script that a broader audience would appreciate. Surprised? Weinstein and his co-executives decided that their names deserved more real estate than Gaiman!

The acclaimed author never did plan to make a career out of dub screenwriting, and he did indicate that it’s not something he would likely do again unless Miyazaki himself asked, and only if a better storyline came along. (Which Neil says is unlikely, and that’s high praise coming from this multiple awardee of accolades like the Hugo Awards, John Newbery Medal, Bram Stoker Award, and Goodreads Choice Awards!)

He remembers his experience as a translator and screenwriter in this fascinating article. Many translations from Japanese to English fail miserably. Context is thrown out the window. Gaiman talks about “conveying implicit meaning.” The source material of Mononoke was so rich in Japanese history, particularly the late Muromachi period. It’s a good thing that Weinstein tapped Gaiman to handle the translation – in the hands of anyone less masterful, it would have lost all impact, and the incredible work of Miyazaki would have lost all meaning when transposed to English.

Yet, it goes to show how impactful good translation can be, in the hands of a deft master like Neil Gaiman. It’s a good thing the author took on the challenge with gusto and determination: “There was an enormous amount of creativity in the job. If it had just been a matter of taking the script and tidying up the language to make it sound more like dialogue, that would have been easy. The fun for me was that all of these people are different; they have different characters and different voices.” Not an easy task to say the least.

Furthermore, Hayao Miyazaki was clear on elements that needed to transcend the language of the film:

These insights, and more, are shared by Steve Alpert, the head of Studio Ghibli’s international division. Imagine the pressure of translating something as transcendent as もののけ姫 , Mononoke Hime, into vocabulary that the rest of the world would understand. Not only that, it’s crucial that the film’s themes of Man vs. Nature, Man vs. Self, and Man vs. Man be upheld – regardless of the year. The themes prevail over the historicity in which it was written, and continue to be relevant well into 2022.

Jana understands full well the magnitude of the job that Neil Gaiman faced. “The translation has to be really good. The name has to be super cool and memorable so people accept it. It has to be localized in the spirit of the language of (the source country)…and you’re still not sure if it’s going to work.” As Gaiman himself said, it wasn’t just a matter of translating the Japanese into English and polishing it here and there. He had to honor the source text, while transposing it into a format that was friendlier to a broader audience.

Jana continues: “It’s beyond difficult. It’s either hit or miss. It’s a well-known character and you change its name?” Imagine the difficulties that Gaiman faced. Gaiman had to change Mononoke Hime into a term that would encompass Mononoke’s spirit and fierceness, while being memorable enough for a Western audience to understand.

Jana remembers Serbian cartoons that were dubbed “insanely well.” Sponge Bob Square Pants, for example, was dubbed in Serbian, and the translation is stellar. “This doesn’t happen very often,” Jana clarifies. “Often there’s a big flop in between the original text and the translations.” But when it does happen, the result is unforgettable.

Thank goodness Neil Gaiman deftly handled the translation of Princess Mononoke. The result was remarkable, and a beautiful and mesmerizing blend of Japanese and international cultures.