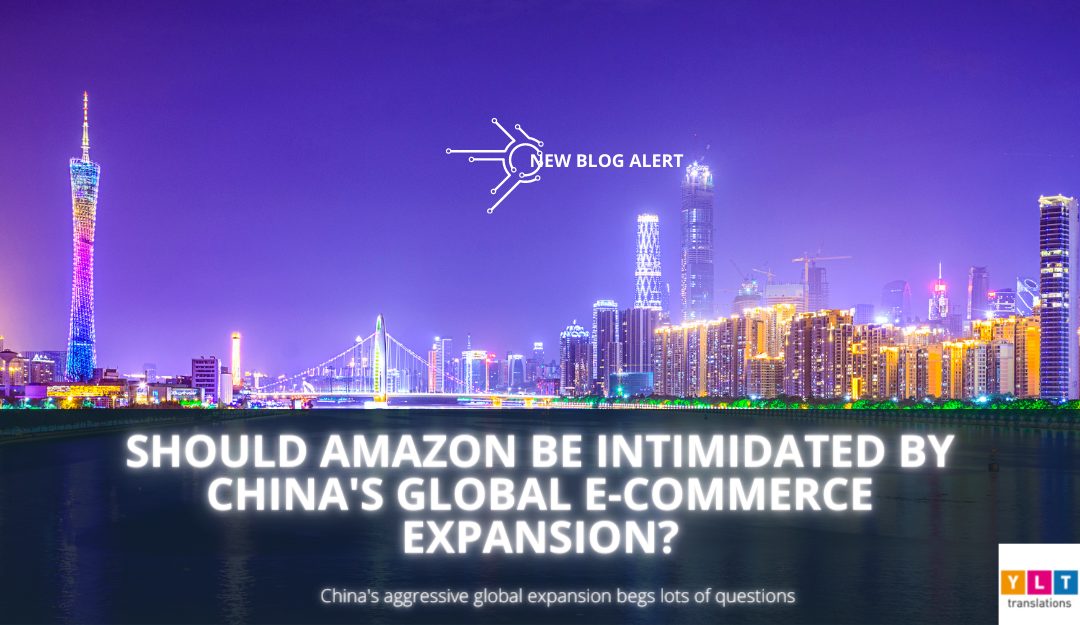 The UN Conference on Trade and Development reported that e-commerce’s share of global retail trade rose from 14% in 2019 to 17% in 2020. There’s no denying it; COVID-19 had a massive impact on e-commerce growth. In fact, there’s been a steady incline in retail e-Commerce revenue in the US, from $516.50bn in 2019 to a forecast of $875.20bn end-2022. However, what about China? Two hundred years ago, Napoleon Bonaparte prophesied, “China is a sleeping giant. Let her sleep for when she wakes up, she will move the world.” It appears that’s very true; online shopping in China has taken a massive leap over the past few months. We’re looking at aggressive global expansion for the Chinese e-commerce market. Read on to find out more – and if Amazon should feel threatened.

A Brief History of Online Shopping in China

China’s online share of retail sales rose from 19.4% to 24.6% between August 2019 and August 2020. According to this report on the comparative history and development of e-Commerce in China vs. the US, Chinese e-Commerce started in 1997. In 2004, the Chinese government signed the Electronic Signature Law of the People’s Republic of China, signifying an awareness of and support for e-commerce growth and development. In 2017, China’s e-commerce penetration rate reached 20%, the highest in the global market and the fastest growing. B2B e-commerce grew 28% YOY. China’s fond of using technology to reshape traditional industries, and this could be a reason why online shopping in China took such a huge leap.

In the 21st century, the popularity of the internet increased. In 2018, HSBC reported that China had over 800 million internet users out of a then-population of 1.403 billion. In fact, in 2018 there were more internet users in China than the combined populations of the United States, Indonesia, and Brazil. That’s a lot of people.

Fast forward to 2021 – Statista reports that e-commerce in China makes up more than 50% of worldwide retail sales on the internet.

Online shopping in China is here to stay. But watch out – given that China is a sleeping giant, we can expect an ace up China’s sleeve.

China’s mobile-only marketplace, Pinduoduo, is penetrating US shores. The platform has set up e-commerce websites overseas – this move is a signal that China’s on a heavy track for global expansion, and online shopping in China will soon expand to other countries, too. Pinduoduo launched Temu, selling China-made products across many different categories.

This is all part and parcel of Chinese tech giants’ response to Beijing’s strict Covid control policies, which continue to pose challenges to China’s domestic economy. Furthermore, the global macroeconomic tension is forcing these tech giants to explore opportunities for growth elsewhere in an effort to diversify their interests.

Pinduoduo joins Alibaba and JD.com in this effort to expand globally.

The South China Morning Post reported last March that “Economic partnership agreements have been signed among China and other countries, whilst favorable trade policies have been implemented in each partner country to strengthen the region’s economic ties.” Zezhi Liu of Ernst & Young (China) shares that the regional collaboration will contribute to China’s global expansion for e-commerce. Consider too that many of the customers of online shopping in China and abroad are post-90s and Gen Z – so the social aspect of e-commerce appeals to them greatly, which Chinese e-commerce excels at (take TikTok, for example).

In 2015, Forbes suggested that Amazon would do well to be threatened by Alibaba. The latter is very supportive of its sellers, because its success is dependent on its sellers’ success. They are proactive in connecting the Chinese online shopper with international brands, whom they help launch stores on various Chinese platforms. Over the past 7 years, we’ve seen Amazon come under fire for the opposite – in India, Reuters reported that Amazon created knockoff goods to cannibalize small brands, a claim that Amazon has denied. In 2021, Amazon received a complaint filed by the coalition of labor unions that Amazon’s ads were “unlawfully deceiving” of customers. Nevertheless, Ruofan Shen of the Washington and Lee University in Virginia, USA, concludes his report by suggesting that US e-commerce is mature, and in spite of aggressive numbers in Chinese e-commerce, “the U.S. has the greatest power of affecting the global market.” Nevertheless, China’s e-commerce has massive growth potential, and it would do Amazon sellers good to watch this spot.

Big E-Commerce suggests that e-commerce revenue will show an annual growth of 14.56%, resulting in a projected market of $1,365.00bn by 2025. The omnichannel shopping experience is not just a trend – it’s crucial for brands to penetrate the customer journey on as many avenues as possible.

The article recommends trends to watch out for:

Whatever the case may be, 3 things are evident:

The big question facing sellers now has always been – and will always be – what does your customer want from you?

Where is your customer? What language do they speak? Is it German, Spanish, English, or Chinese? How do they like to shop – and on which platform? Do they use TikTok to find products on Amazon – or Pinduoduo?

Remember, your listing is the final touchpoint with your target customer. What does your listing look like? How is your conversion rate optimization?

These new developments beg many questions. It’s important to keep an eye on the latest e-commerce news to make informed decisions.

Do you think Amazon should be threatened by Pinduoduo and other China e-commerce brands? Do you think you’ll start selling on Chinese e-commerce sites? Let us know!