The Middle East Marketplace Holds So Much Promise. Here’s What That Means for the Amazon Seller. 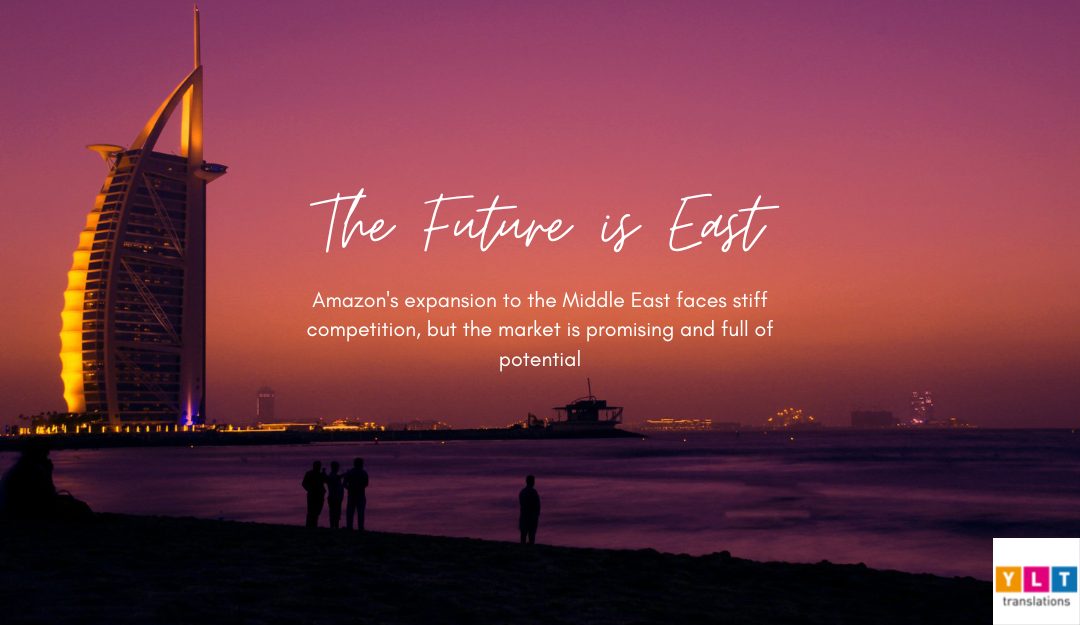 Think for a moment about the Middle East. It’s the home to one of the cradles of civilization. As early as the 5th millennium BC, Sumerians developed the concept of “civilization.” In 3150 BC, the Egyptians unified Upper and Lower Egypt under the first pharaoh. How about the powerful Ottoman Empire and the Iranian Safavid dynasty? If we move into more modern times, global interest in the region began with the discovery of oil in Persia in 1908 and Saudi Arabia in 1938. Even more recent – the MENA region is coming into great interest as Amazon expands its MENA operations.

Amazon Jobs encourages applicants for positions in Egypt, Jordan, Morocco, Saudi Arabia, and the United Arab Emirates, evidence of Amazon’s aggressive movement to expand in the Middle Eastern region. In fact, Amazon has been present in UAE for 5 years, in the Kingdom of Saudi Arabia since June 2020, and Amazon Egypt was launched last September 2021. It all began in 2017 with Amazon’s acquisition of souq.com. Advertising began in 2000, and Amazon began quietly

Let’s consider the economics. The Kingdom of Saudi Arabia is the 18th largest economy of the world, and is the world’s largest oil exporter. Its GDP represents 0.82% of the world’s total. Nevertheless, KSA is not the richest economy in the Middle East – that award goes to Qatar and Kuwait. Qatar boasts the highest GDP per capita of $129,700, registering a record-breaking growth of 1,156% in the 1970s. Kuwait meanwhile has a GDP per capita of $71,300, the 10th highest in the world. The Kuwaiti dinar is the highest-valued unit of currency in the world.

And what of Dubai, whose Crown Prince Sheikh Hamdan Bin Mohammed Bin Rashid Al Maktoum heads up plans to increase the e-Commerce portfolio by drawing foreign investments to the sector. The eventual goal is to establish Dubai as a leader in global e-Commerce. In fact, as of 3Q2020, data shows that 64% of Dubai-based shoppers spend more than US$27 per purchase. Considering 26% of people shop online every week, the assumption is the a quarter of the total e-Commerce shoppers spends around US$1,300 per year – that’s close to how much Prime members in the US spend (US$1,400 per year). There are plans for CommerCity, Dubai’s first free zone for eCommerce businesses.

The bottom line is, there is so much potential in the MENA region; the question is, how will it be harvested?

Amazon acquired Souq.com in 2017, heralding its entry, but that’s not to say that the juggernaut can expect an instant monopoly. Noon.com was launched in the UAE in 2017, following an aggressive expansion plan to Saudi Arabia and Egypt a few months thereafter. The platform is backed by billionaire and Emirati businessman Mohamed Alabbar and KSA’s sovereign Public Investment Fund. Alabbar is protective over the region; he has been quoted as saying, “In the region, we have a duty. We need to protect our region, we cannot let giant entities internationally to take over our market. The Middle East market of 400-million plus people without a big technology ecommerce company is not fair … We have a duty to society and businesses.” In fact, Alabbar has even lobbied for a mandatory 51% local ownership for eCommerce companies operating in the country.

Although Amazon currently holds the lion’s share of the market, Noon.com is catching up. Amazon.sa enjoys 64% of shoppers regularly transacting online, followed by Noon.com with 59.7%, and Jarir at 45%.

Arabs love malls – and Alabbar himself pegs a 3-4% economic growth for traditional retail, meaning the traditional retail sector continues to slug along quite faithfully – but this growth is shadowed by the widespread adoption of e-Commerce.

Analysts believe that widespread internet penetration has helped in the adoption of e-Commerce. In the Gulf states, more than half of the population is between 15 and 25 years old – a very tech-savvy generation that’s changing consumer trends. Naturally, the positive sentiment for e-Commerce comes on the heels of the pandemic – there was a huge shift towards e-commerce, like in every country worldwide that was lagging behind.

Data shows that KSA customers prefer electronics, followed by clothing and beauty. Dubai customers meanwhile shop for electronics too, followed by groceries. Other popular categories include furniture, toys, games, sports, and wellness products. Furthermore, Arabs are fond of luxury and brands – in fact, the Saudis can be quite ostentatious about showing off their wealth, and being able to splurge in this way is a core value for the uber-wealthy. Name brands and luxury goods do quite well in MENA. Combine this with Alabbar’s nationalistic directives, and it’s no wonder that Noon.com is giving Amazon.ae stiff competition.

They’re a unique people with very specific tastes; any seller would need to understand the people very carefully before planning to penetrate this high-potential market. Istizada notes that the Arab shopper is:

Better make sure that garlic press handle is gold-plated. People in general do have higher purchasing power compared to the EU, but are still very price sensitive.

Miona Jaric, a professional working in the MENA region, notes: “Arabs love comfort. Due to the high service quality of e-Commerce, quick delivery, easy return/exchange options Arabs are lately massively shopping online (courier is delivering package to your doorstep, and picking up package in case of return/exchange – unlike e.g. Europe where you have to visit the nearest post office to return your package).”

First, consider that many Arabs prefer cashless transactions, though a subset of the population tends to be conservative and prefers to touch items before committing. They will still choose cash on delivery, and return the item right away if the listing and the item itself do not match in terms of luxury, prestige, and quality. Beware false advertising, Amazon Sellers; make sure your photographs and copywriting accurately depict the product you’re selling, lest your return rate goes through the roof.

Naturally, your keywords and copywriting will be in Arabic. Amazon.ae is in both English and Arabic (and traffic is heavy on English pages), whereas Amazon.sa and Amazon.eg are both in Arabic. A big mistake would be to assume that buyers across Amazon’s 3 MENA marketplaces would be similar – in spite of the findings portrayed in this article, the 3 demographics are unique in their own right. A certain amount of sensitivity is crucial when expanding to any of these 3 platforms.

Last but not least, culture and religion play a massive role in developing a relationship with Arab customers. Perhaps Noon.com is doing so well precisely because it understands the cultural and religious sensitivities of its market. Take White Friday, Ramadan observance, and current events – all of these play a part in the lives of MENA consumers, and should be taken into consideration when planning out marketing activities for the region as well.

The bottom line is, MENA is a growing market for Amazon.

It’s a good idea to keep an eye on that space; there are big opportunities and huge gains to be had for astute sellers. Strike while the iron is hot – especially if your product matches the type of merchandise that Arabs look for!

Do you think a MENA move is a good decision? Or it it wise to err on the side of caution, and wait for the market to mature? Share your thoughts with us!